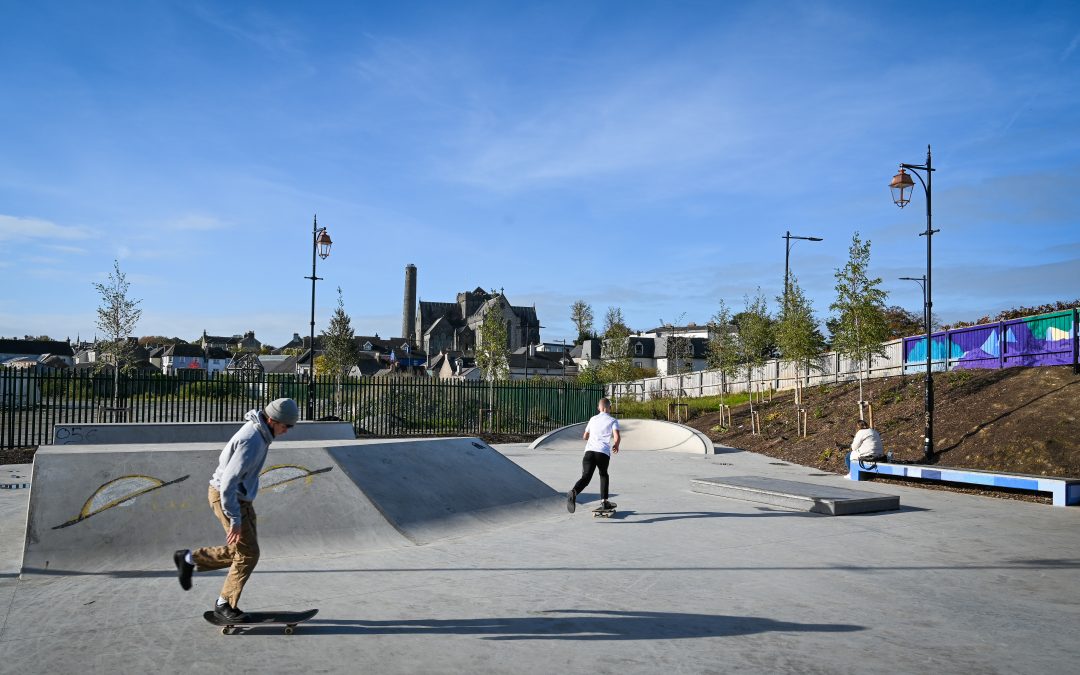 Abbey Quarter Riverside Garden & Skatepark in Kilkenny selected as overall winner of the 2021 competition winning an award of €5,000 towards further enhancement of the facility

Commercial property specialists CBRE and the Urban Land Institute (ULI) this evening held a virtual event to announce the winners of this year’s ‘ULI Excellence in Placemaking’ awards. The awards were established a number of years ago to reward organisations and communities throughout Ireland that make genuine efforts to improve their local communities through the initiation of placemaking projects that add to the public realm and make these places better places in which to ‘live, work and play’. The competition shortlists the best examples of Placemaking throughout Ireland and received a large number of entries. Judges, which included esteemed planners, architects & academics and the internationally renowned architect, urban designer & planner Daniel Ringelstein, all commented on the variety and calibre of entries received and the extent to which the importance of Placemaking is now gaining momentum in the Irish market. They mentioned in particular the many Covid-inspired projects which entered this year.

According to Kevin Nowlan, Chairman of ULI Ireland “These awards tie in with some of the key objectives of the Urban Land Institute in terms of identifying, showcasing & celebrating good design & placemaking in urban landscapes. The projects that have particularly appealed to the judges are those that promote health & wellbeing, offering ‘connectivity, permeability and accessibility’ for all whilst also promoting the best in architecture and design. The projects that particularly resonated with the judging panel are both architecturally beautiful and strong on design. We were particularly impressed by the calibre of Covid-inspired projects entered into this year’s competition considering how important placemaking has been over the last 18-month period”.

Myles Clarke, Managing Director of property consultants CBRE Ireland, who sponsor the competition, added “It is so important for the future of our built environment that we understand and champion great placemaking and sustainability efforts. I am delighted that CBRE are once again working with the Urban Land Institute (ULI) to formally recognise & reward those in the public and private sector who are building communities & creating amazing places and I look forward to ongoing collaboration with ULI on this project into the future as placemaking and ESG becomes even more important”.

The winners of the various categories are as follows:

*No awards were made in Connaught this year due to insufficient qualified entries.

According to the judges, “This competition gets better every year. We were genuinely impressed by the variety of entries this year ranging from simple but very effective interventions to major new developments. All of the winning entries have been transformative in improving the public realm in their communities. We were particularly impressed by interventions by local authorities across the country in reaction to Covid, which proved transformative and have identified a number of these initiatives that are worth of honourable mentions. The winning entry, the Abbey Quarter Riverside Garden and Skate Park in Kilkenny is a worthy winner of this year’s overall prize in that it epitomises the regenerative potential of a disused riverfront site in becoming a new community amenity and attraction.  Also, the involvement of young people in creating elements of the project illustrates how engaging locals in scripting the future of their community’s public realm can result in a win-win for all”. 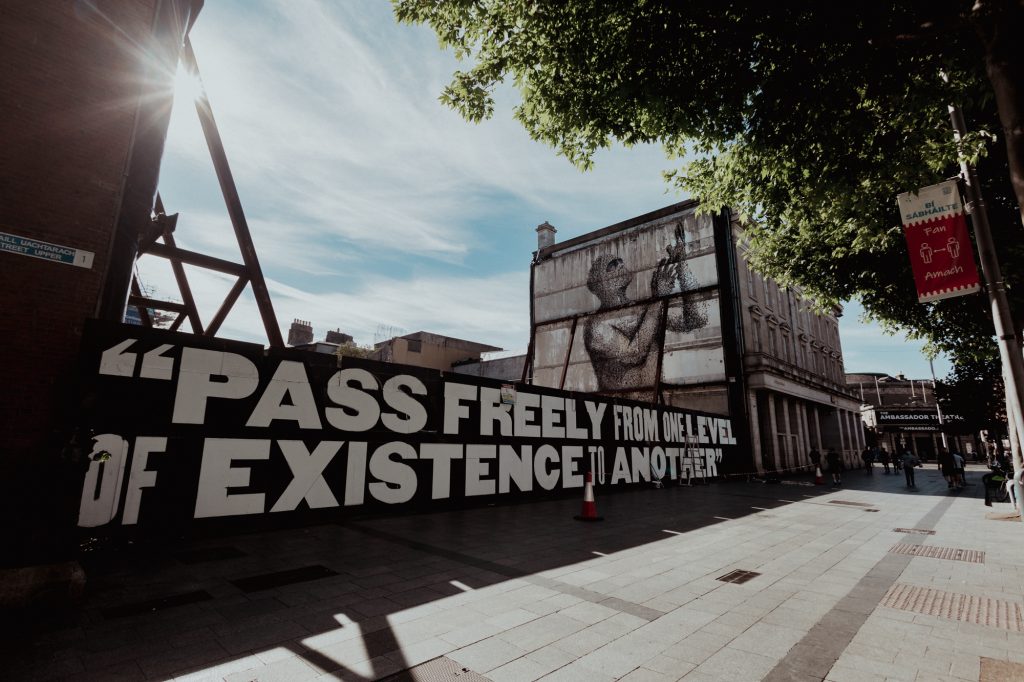