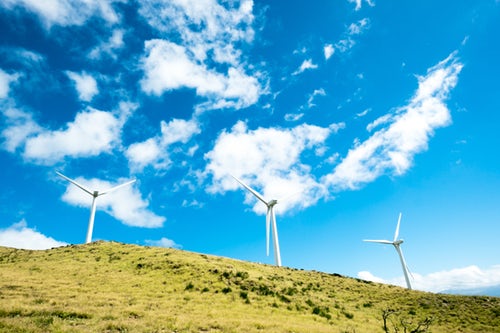 Last week there was an article published by Agriland on a proposed wind farm development in North Waterford and how it had brought an entire community out in force to stop the plans progressing further. According to the article, an opposition group has also been established in the Knockanore area where Innogy Renewables Ireland is planning to develop the Lyrenacarriga Wind Farm comprising 25 wind turbines. The community is making a big standpoint in the plans and they have been working on this for 18 months to illustrate how serious they are about their opposition to such a development. The opposition group, Blackwater Valley Wind Aware was established to oppose the wind farm and for the communities to work together to object on the wind farm development.

Wind farms in the news

This isn’t the first time wind farms have found themselves ‘in the news’ with a Dublin-based renewable energy company currently seeking a foreshore licence to check the suitability of two offshore wind farm sites in Irish waters according to the Irish Examiner. According to the article, SSE Renewables hope to generate 800MW of energy on the site, some 18km offshore between Co Louth, and Co Dublin and they have also applied for a licence to survey a 689 sq km area about 25km off the Cork, Waterford and Wexford coastline. The development could see a further 800MW wind farm developed in the sea and according to the article, it is understood that the water depths make the area potentially suitable for technology to facilitate floating wind turbines.

Wind farm energy and how it works

According to the SEAI website, wind energy is created by the sun heating the earth unevenly and this creates thermal air currents. To achieve equal temperatures all around the earth, these air pockets move about as global wind. The energy that travels in the wind can be captured and converted to provide electricity. Furthermore, wind energy is clean and sustainable offering a good solution to Ireland’s energy issues. It is an alternative to fossil fuels in generating electricity, without the direct emission of greenhouse gases. As there is always wind on earth, wind energy is renewable. According to the website, in 2018, Wind provided 85% of Ireland’s renewable electricity and 30% of our total electricity demand. Wind is the second greatest source of electricity generation in Ireland after natural gas and Ireland is one of the leading countries in its use of wind energy. Ireland is also trying to meet its target as laid down by the EU — 16% of our energy must come from renewable sources by 2020.

So why is there wind farm objections?

For one thing, wind farms face opposition from local communities and in most cases, complaints come from residents feeling like they are living too near to the wind farm. In some areas, they are exempt from wind farms due to their tourism attractions and scenic areas so not everyone faces wind farm plans but they are happening. Most wind farms were planned for remote or rural areas but now they are being planned for busier areas that are more densely populated and this definitely causes problems for residents who live nearby. The SSE Renewables, wind farm development to analyse offshore wind farms may be the answer as many communities have expressed that they’d prefer wind farms to be in the sea. As mentioned above, SSE Renewables is currently working on such projects. More research on wind farms is needed too to analyse the impact they have on people and animals.

The planning of wind farms

The planning of wind farms is handled by the Department of Housing Planning and Local Government (DHPLG) and they provide planning guidelines and planning exemptions for wind farms and wind turbines. In terms of the people living in Knockanore, they are already situated between two established wind farms, the Woodhouse Wind Farm that has eight turbines and the Ballyduff Wind Farm which sits on the other side with thirteen turbines. Innogy Renewables Ireland have confirmed to Agriland that the Lyrenacarriga Wind Farm is in the development phase and the company intends to submit a planning application to An Bord Pleanála in 2019.

You can read the full article and statement from Innogy Renewables here.