New planning Bill on the horizon 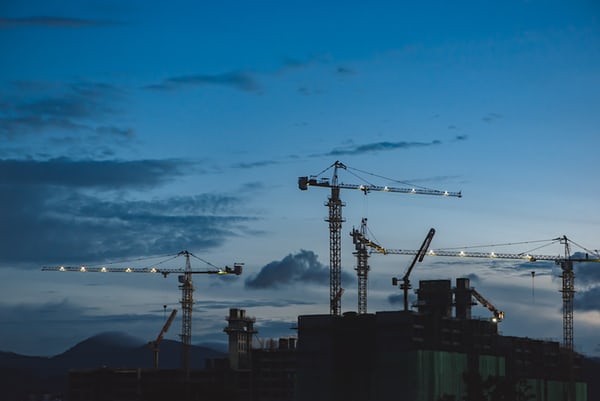 According to an article published in the Irish Times yesterday, a move by Minister for Housing Eoghan Murphy to tighten up planning regulations and restrict the ability to legally challenge proposed developments has caused outrage among environmental organisations. The Irish Times reports that details of proposed measures were revealed in an email to members of the Oireachtas Committee for Housing, Planning and Local Government in recent days. The Department of Housing have outlined the justification for the Bill that it would like to see passed into law by next Easter. The Bill would effectively go back in time on access to justice rights to challenge poor planning decisions.

The proposed bill will add other restrictions and requirements making it a lot harder for people to object or challenge planning proposals and hamper their access to legally challenge proposed developments. Environmental organisations have been vocal in their criticism of the Minister’s new planning legislations that they consider to be unfair. Their worry is that environmental rights will be compromised and this will lead to a lot of problems in planning objections. Planning objections are notoriously hard to battle and with the new legislation it may make the processes even more technical and arduous. At present people or groups can appeal local authority planning decisions to An Bord Pleanála. The decisions made by the national planning authority can only be challenged through judicial review (JR) proceedings in the courts which is an expensive process. In the Bill, we can expect to see a cost capping system (€5,000 for individuals and €10,000 for groups) and also a change in the standing requirements so that those who want to bring a case must have substantial interest in it.

Environmental groups want to retain the right to be able to object to developments should they feel they have reasons to do so. Planning has always been a subject the causes some outcry amongst people as people want to engage in the planning processes and not feel like their opinions are not being considered. The rights of citizens are forefront to the planning process but with the new Bill people are going to feel like their rights are being taken away. In recent weeks, Irish environmental groups have objected to plans to turn an island off the coast of Cork into a major tourist attraction. Fáilte Ireland is aiming to install a state-of-the-art cable car system to serve Dursey Island which environmentalists are opposed to. The main train of thought is that this will disturb local wildlife on the island and undermine the coastal landscape. Birdwatch Ireland cites a decline in chough numbers on the Ireland by 30% since 2003. With the new Bill this could effectively hamper the environmental groups opportunities to object to such developments (as mentioned) as and when they are published. There will be more news to come from this as it unfolds.

PLACEengage strives for collaborative pre-planning public consultation for community engagement. PLACEengage is your digital town hall and allows users to experience proposed property developments through immersive technologies (AR/VR) and become an active voice in creating sustainable neighbourhoods. Stay up to date with the latest developments in real-time and contribute views from your smartphone 24/7.